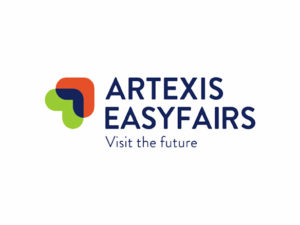 With the highly successful and complementary event, CCR, already in its stable, the acquisition has made Easyfairs the leading media provider to suppliers in the UK aesthetics sector.

“Suppliers in the sector now only need to make one phone call to one company to access the sector’s two major exhibitions, its most prestigious awards and the promotional and advertising opportunities of the industry’s top journal and digital platform. That’s an incredibly powerful, time and cost-effective proposition.”

ACE is a must-attend event with a large and loyal exhibitor and visitor base and renowned conference programme.  Timed for Spring it is aimed at healthcare professionals who practice medical aesthetics such as dentists, doctors and nurses as well as their ancillary teams.  As such, it sits perfectly with Easyfairs’ own highly successful exhibition and conference, CCR, which is run in the Autumn and, as well as being a leading meeting for medical aesthetic practitioners, also addresses the surgical side of the market through its longstanding partnership with The British Association of Aesthetic Plastic Surgeons (BAAPS).

Aesthetics journal is hugely respected within the industry, with a growing ABC Audited circulation of 10,100, a strong digital platform plus a weekly newsletter sent to 14,000 top decision makers.

The Aesthetics Awards, which were launched in 2013,  bring together the very best in medical aesthetics each December to reward the highest standards in clinical excellence, product innovation and practice achievement.

The combined exhibitions, Awards and publication will be managed by Easyfairs UK & Global business, with the entire Aesthetics Media team joining Easyfairs as part of the acquisition.

Jenny Claridge, Commercial Director of Aesthetics Media said: “I am thrilled at the prospect of the team joining the Easyfairs family. Culturally and strategically there’s a real fit between the businesses.  We both have a heavy accent on innovation, quality of product offerings and a commitment to offering fantastic customer service.  The development opens up exciting new opportunities for the whole Aesthetics community; our advisors, the healthcare professionals and our customers. We are retaining the Aesthetics Media positioning, products and team but gaining the considerable Easyfairs scale of operation and its expertise in areas such as event management, digital expertise and marketing.”

Matt Benyon concluded: “This latest acquisition demonstrates, once again, our commitment to constantly invest in and develop our core markets. Companies in the aesthetics sector often have very different approaches, products, budgets and strategies. We recognise this fact and are utterly focused on meeting all of their needs, helping them prosper and grow. We are now incredibly well equipped to do just that.”

face to learn about markets, trends and innovations. The mission of Easyfairs is to serve communities with live events that enable them to visit their future.

In 2018 Easyfairs was named Belgium’s “Entrepreneur of the Year®” and the company is ranked 18 in the world’s leading exhibition companies.

Easyfairs strives to be the most adaptable, agile and effective player in the events industry by employing committed individuals, deploying the best marketing and technology tools and developing strong brands. Visit the future with Easyfairs.

Aesthetics Media comprises the monthly Aesthetics Journal, the annual Aesthetics Awards ceremony, the Aesthetics Conference and Exhibition and digital platforms operating a single source for information and education for the medical aesthetics profession.